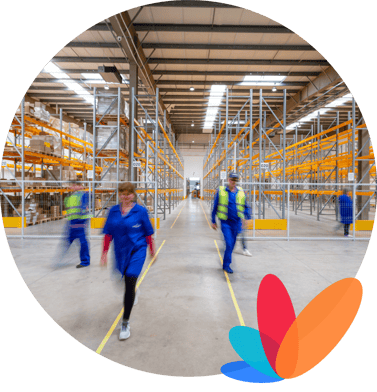 National Home Products (NHP) is a 100% Canadian-based manufacturer of health and beauty supplies. First established in 1960, it chiefly serves the retail, medical, and pharmaceutical industries. The organization prides itself on sourcing from North America.

From purchase orders and quotes to loan applications and invoices, businesses in B2B manufacturing are required to manage a considerable volume of paperwork. Done manually, filling out and transmitting these documents is incredibly time-consuming. Electronic Data Interchange (EDI) first emerged several decades ago as a solution to this problem.

Unfortunately, early EDI solutions were far from perfect. They were often incredibly error-prone, even more than manual paperwork. This was only exacerbated by their relative complexity.

“I’ve been with NHP since 1979, and a great deal has changed about the industry since then,” says Ron Perry, General Manager at NHP. “EDI was one of the most disruptive — it forced a lot of companies into the computer age, ours included. Larger companies have a specialized department for this area, but for a smaller business implementation was incredibly challenging.”

NHP initially adopted an on-premises EDI solution that required painstakingly accurate data inputs. Multiple pages with multiple segments had to be filled out for each order and double-checked for the correct UPC and product information. Even a single error could cause the entire system to break, resulting in an order management process so cumbersome that NHP frequently resorted to manual documentation.

To make matters worse, the solution was prohibitively expensive, and could only be installed on one machine at a time. NHP knew that it was being held back by this software. It also knew kong-term success meant finding an EDI solution that was both intuitive and affordable.

NHP partnered with Tangentia to reduce overhead, streamline order management, and eliminate errors in documentation. They saw Tangentia as the ideal partner to kickstart their transition to the cloud.

Tangentia Gateway orchestrates, cleans, transforms, and transmits data without compromising its integrity. It’s easy to both use and understand, allowing users to view, verify, and process orders with just a few clicks. It also allows NHP to automate the most labor-intensive elements of the logistics process, such as creating packing slips.

“Tangentia’s customer service is top notch. When problems occur , they’re cleared almost immediately, with very short wait times to receive support. Tangentia always makes a point of correcting issues and being completely transparent about the scale of those issues as well, which is something we greatly appreciate.”

Tangentia Gateway has allowed NHP to significantly improve order management and order fulfillment across the business, giving them a competitive advantage over their competitors.

Adding new retail partners is considerably easier, as NHP simply needs to add items to its database, forward it, and the process is done.

The company is also significantly more attractive to larger retailers that typically demand this type of technology. As an added benefit, Gateway also keeps one-offs off the market, as they aren’t set up to use EDI.

The fact that Tangentia Gateway allows NHP to ensure fast, error-free order processing is another significant boon. Automating time-intensive processes has allowed the company to unlock new efficiencies. Errors, when they do still occur, are tied to factors outside NHP’s direct control.

“User error was a big issue before deploying Tangentia, and we used to have to rely heavily on phone calls and fax machines, “ Ron Perry explains. “Now it’s all seamless — the difference is like going from a newer Windows product to legacy MS-DOS. With Tangentia Gateway, we’ve embraced modernization and seamlessly transitioned to the cloud, and it’s made everything so much easier and less expensive for our company.”

More than 15 years later, NHP’s partnership with Tangentia continues to deliver exceptional value. What started as a simple engagement to optimize an order management system has developed into a long-term relationship that provides NHP with access to innovative solutions and all the technical expertise they need to stay competitive.